The Body family and You.
By Ben DeCamp.

Somebody asked You if they would come along to a family reunion. You was happy to come along because You would finally meet Everybody who Somebody was always talking about. When Somebody opened the door to the party, Nobody greeted you. It turned out that Nobody had heard You was coming and Nobody wanted to make You feel welcomed.

As You walked over to where Everybody was, Somebody pulled You to the side and said “Everybody has been talking been talking about you…” Some of the comments were rather hurtful and that made You sad, but You was willing to give Everybody a chance to see who You really was. You gave an awkward smile as Somebody introduced You to Everybody. Everybody gave You an odd look, as if Everybody was trying to appraise if You was worth Anybody’s time. Everybody gave a brief hello, and went back to talking to Anybody, You felt even more hurt that Everybody would rather to Anybody than You. You now felt embarrassed and depressed, You then asked Somebody if they could go back home. Somebody opened the car door and drove You back home, there You and Somebody watched a movie on the couch.

After a while Somebody decided now would be a good time to ask You how the party went. You replied to Somebody crying “It was terrible! Everybody hated me, I couldn’t even get Anybody to give me the time of day…”

“Well…” Somebody replied, “at least Nobody was honest about liking You…”

“That… Is true I guess.” You said, “I guess I should be thankful to Nobody for being so nice to me.”

“Tell ya what,” Somebody said, “how about tomorrow we get a large pizza and share it with Nobody?”

Watch out electronic doo-dads and gizmos, your broken days are numbered!

After 2 years of slow yet diligent, enduring effort of our volunteers, I am pleased to announce that the Castle Rock Public Library website and catalog are officially online! http://crplibrary.com/

The website is pretty barebones right now. I hope to improve it a bit during my school break.

Thanks to our volunteers, we now have over 11,000 books and items cataloged in the new system. (I set up Koha, an open source ILS.) Which can be accessed at http://opac.crplibrary.com/ It too is pretty barebones right now, theme wise anyway. But like I said I hope to improve that during my next break.

You may recall that we use to be at opac.castlerocklibrary.org, sadly the original technician who set up the OPACs for Kelso, Caslte Rock, and Kalama never gave the libraries administration access to these domain names. (So when Castle Rock Library changed ISP, we couldn’t point the old domain to our new IP Address.) We had tried to contact the domain registrar about the situation. But the technician put Kalama Public Library as the owner of castlerocklibrary.org... So, it was just easier to get a new domain name.

There’s still a few kinks to work out in the Koha system, so bare with us as we try to maintain and improve our system.

Thought I’d give an update of where I last was in my 2D game project before Spring Quarter began. Since the last video I was able to add rendering for tiled maps so now I can make custom levels fairly easily. (Need to add collisions for platforms though.)

Ended up arriving at school an hour early by mistake. So I went in the lab to finish up wiring this week’s project.

Finally figured out what was causing all the leaking on the Audi.

See that black spout? Right where it meets up with the base it had cracked, causing coolant to leak whenever the AC system was pressurized. Broke off completely when I took it off, so now I have to wait for the new part in 2-4 days before I can drive it again.

No audio yet, still need to add a proper physics library in for “real” collision and gravity; as well as add platforms, background, etc.

Edit: Yay! Got Physics (mostly) working! Though I’m having trouble getting friction to function properly; (hence all the sliding around.) 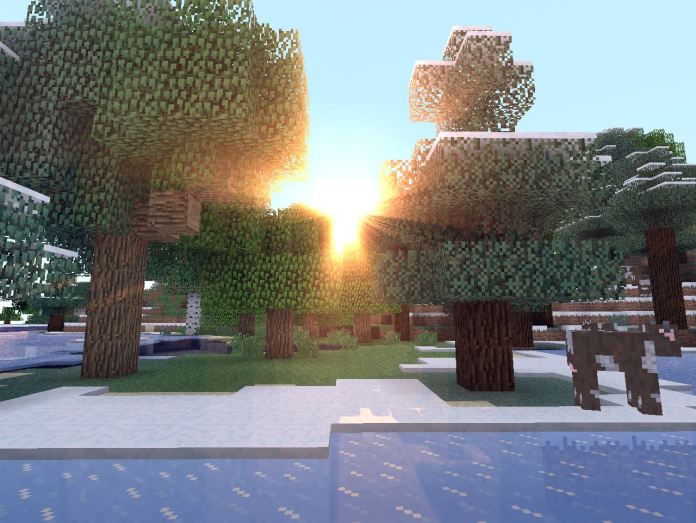 Been playing around with Minecraft, using a Shader mod that adds sunlight, dynamic shadows and water reflection. Amazing how much realism it adds to the gameplay.

Well, finally got the oil change done. 😀 I forgot the camera on Day 6 so there aren’t any pics of me pouring the oil into the recycle jug or adding the new oil… But rest assured I will have someone on hand to take pics of me doing the brakes! 😉

With only a week left for Summer break I’m not sure how soon I’ll get a chance to work on the brakes. We shall see. 😉

My friend was sadly, still recovering from a cold, so I didn’t have the jack with me to work on the brakes or oil filter. So today I just worked on the headlights, air filter and coolant hose.

Turned out that I didn’t need the new bulb. (It’s the wiring. 😛 ) Next weekend we will work on the rest of the goals:

Eventually I will get the wipers and horn working too. 😉

WordPress.com is the best place for your personal blog or business site.